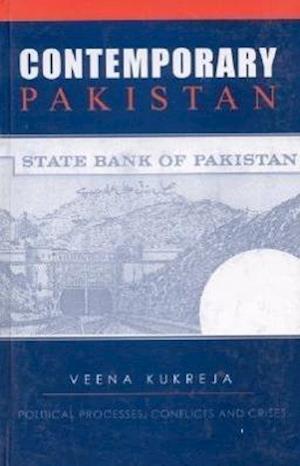 Veena Kukreja provides a rare reasoned analysis of the political processes at work in contemporary Pakistan and an objective understanding of the problems and crises confronting the country. The author points out that for 25 out of the 53 years of its existence, the military has been the arbiter of Pakistan`s destiny. The military, she maintains, regards its dominance of Pakistani politics not only as a right but as a duty. As a result, state security has taken precedence over the need to create participatory political processes and institutions. The book points out that the terrorist attacks of 11 September 2001 and the resulting US offensive in Afghanistan, has put the military regime in Islamabad in a tight spot. Caught between unyielding ulemas, a faltering economy, and American pressure to demolish militant networks in Pakistan, these recent developments--combined with the dangerous cleavage within Pakistani society-could well push that country into another bout of instability and even anarchy. The situation is made more complex by the nexus between terrorism and drugs.