- Society and Its Governance 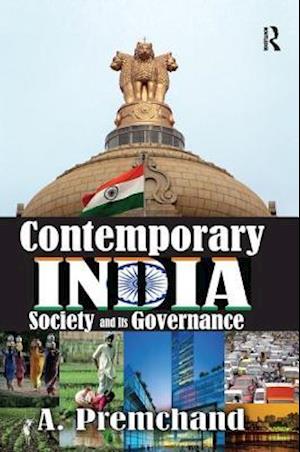 Soon after independence, Indian political leadership decided to pursue the attainment of four self-stipulated goals: to attain an improved standard of living through higher rates of growth, to establish a functioning political democracy, to achieve social equality through social re-engineering, and to make a quick transition in making government a servant of the public than being its master as was the case during the previous colonial regime. This book describes the journey from the past to the present in the articulation of these goals and evaluates the extent to which they have been achieved.This book is based on the belief that there is at work a principle of reciprocal causation between society and government. What society wants becomes a mandate for the government. That government is not a disinterested party and its actions, and failures to act, have an immense impact on the working of society. Premchand asserts that there is no aspect of civic life in India that is immune from governmental action. This relationship between government and society during the last six decades since independence is intensively examined.India is a land of paradoxes and surprises. The book covers political, social, and administrative developments during the last decades to provide perspective on the changing relationship between society and governments at various levels. This is followed by studies of the various ways in which classification systems are used in India today, the urban-rural divide, non-resident Indians as neo-change agents, emerging pattern of classes, and the resurgence of religion in everyday life. The final chapters deal with the vast range of discontents in governance, corruption and its impact on civic life, the myth of law and order, and the emergence of a public voice in policymaking. The work is fair, balanced, tough minded, and revealing. It is a must read for specialists, policymakers, and people worldwide for whom India is a civilization of inexhaustible interest.