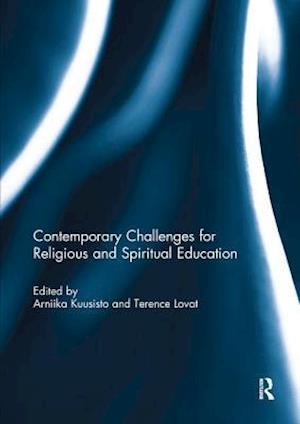 From being on the margins of scholarly debate for much of the past century and a half, religion is being recognized once again as an area of concern for scholars, politicians, and public policy makers, and thus, the role of religious and spiritual education has taken on a new importance. Apart from its socio-political ramifications, the place of religiousness and spirituality in the make-up of individuals has been given renewed prominence through updated brain science, and neuroscientists regularly refer to elements of this brain science in terms such as spiritual intelligence and even mystical consciousness.This book explores many of the new directions being taken in the field of religious and spiritual education, as new developments challenge the priorities of formal education, and open up new avenues for incorporating religion and spirituality into the modern curriculum. It asks whether the educational aims of teachers should be focused on specifically personal development, or whether religious education should be used to develop understanding of more global and social issues such as citizenship, conflict, and ethics. The book also addresses neuroscientific insights, which suggest a need to engage with cognition and emotion in order to create a rich learning environment, something to which a particularly contested subject area like religion and spirituality is well-placed to contribute. This book was originally published as a special issue of the Journal of Beliefs & Values.