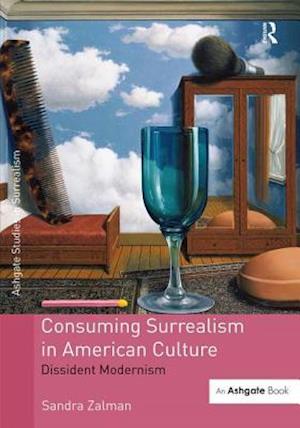 Consuming Surrealism in American Culture: Dissident Modernism argues that Surrealism worked as a powerful agitator to disrupt dominant ideas of modern art in the United States. Unlike standard accounts that focus on Surrealism in the U.S. during the 1940s as a point of departure for the ascendance of the New York School, this study contends that Surrealism has been integral to the development of American visual culture over the course of the twentieth century. Through analysis of Surrealism in both the museum and the marketplace, Sandra Zalman tackles Surrealism's multi-faceted circulation as both elite and popular. Zalman shows how the American encounter with Surrealism was shaped by Alfred Barr, William Rubin and Rosalind Krauss as these influential curators mobilized Surrealism to compose, to concretize, or to unseat narratives of modern art in the 1930s, 1960s and 1980s - alongside Surrealism's intersection with advertising, Magic Realism, Pop, and the rise of contemporary photography. As a popular avant-garde, Surrealism openly resisted art historical classification, forcing the supposedly distinct spheres of modernism and mass culture into conversation and challenging theories of modern art in which it did not fit, in large part because of its continued relevance to contemporary American culture.