- Investigating Aesthetic Practices from Early Modernity to the Digital Age 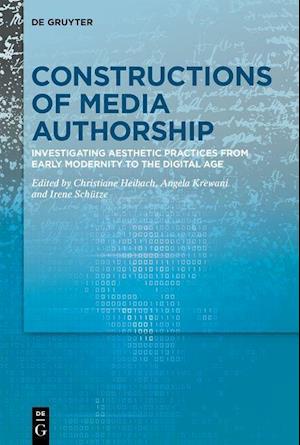 The author is dead, long live the author This paradox has shaped discussions on authorship since at least the 1960s, when the dominant notion of the individual author-genius was first critically questioned. The ongoing discussion has mainly focused on literature and the arts, but has ignored nearly any artistic practice beyond these two fields. "Constructions of Media Authorship" aims to fill this gap: the volume's interdisciplinary contributions reflect historical and current artistic practices within various media and attempt to grasp them from different perspectives.

The first part sheds a new light on different artistic and design practices and questions the still dominant view on the individual identifiable author. The second part discusses creative practices in literature, emphasizing the interrelation of aesthetic discourses and media practices. The third part investigates authoring in audiovisual media, especially film and TV, while the final part turns to electronic and digital media and their collective creativity and hybrid mediality. The volume is also an attempt to develop new methodological approaches, focusing on the interplay between various human and non-human actors in different media constellations.