Construction of Chinese Nationalism in the Early 21st Century 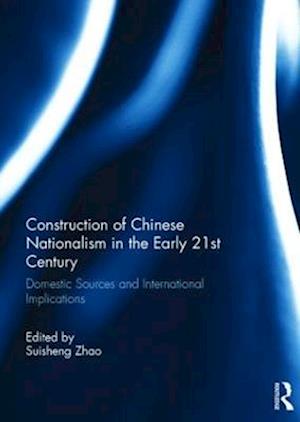 Chinese nationalism is powered by a narrative of China's century of shame and humiliation in the hands of imperialist powers and calls for the Chinese government to redeem the past humiliations and take back all "lost territories." The continuing surge of Chinese nationalism in the early 21st century therefore has fed a roiling sense of anxiety in many political capitals about whether a virulent nationalism has emerged to make China's rise anything but peaceful. This book addresses this anxiety by examining the domestic sources and foreign policy implications of Chinese nationalism in the early 21st century. It is divided into three parts. Part I is an overview of the scholarly debate about if the rise of Chinese nationalism has driven China's foreign policy in a more irrational and inflexible direction in the first one and half decades of the 21st century. Part II analyzes the construction of Chinese nationalism by a variety of domestic forces, including the communist state, the angry youth (fen qing), liberal intellectuals, and ethnic groups. Part III explores whether Chinese nationalism is affirmative, assertive, or aggressive through the case studies of China's maritime territorial disputes with Japan in the East China Sea and with several Southeast Asian countries in the South China Sea, the border controversy over the ancient Koguryo with Korea, and the cross-Taiwan Strait relations.This book was based on articles published in the Journal of Contemporary China.