Constructing Justice and Security After War 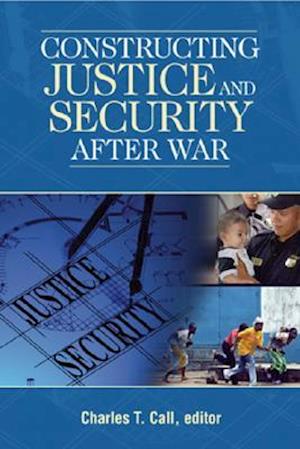 Three of the most successful peace processes of the 1990s El Salvador, South Africa, and Guatemala experienced worse violent crime after their wars concluded. Organized crime in Bosnia deepened after the 1995 Dayton peace agreement. These and other cases of post-conflict societies displaying serious and persistent problems of citizen insecurity and an absence of the rule of law underscore one of the central challenges of international security in the twenty-first century: How can external actors not only establish security in the immediate aftermath of war, but also create self-sustaining systems of justice and security?In "Constructing Justice and Security after War," the distinguished contributors including scholars, criminal justice practitioners, and former senior officials of international missions examine the experiences of countries that have recently undergone transitions from conflict with significant international involvement. The volume offers generalizations based on careful comparisons of justice and security reforms in some of the most prominent and successful cases of transitions from war of the 1990s drawn from Central America, Africa, the Balkans, and East Timor.The contributors also offer answers to the question How can societies emerging from armed conflict create systems of justice and security that ensure basic rights, apply the law effectively and impartially, and enjoy popular support? "