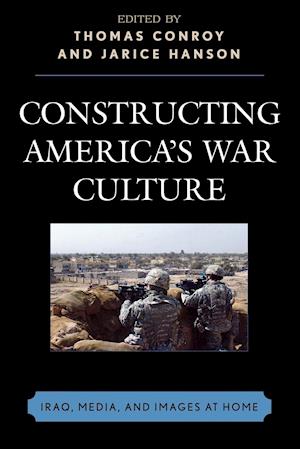 In 1927, political scientist Harold Lasswell wrote about the strategies employed by the American government to sell the benefits of participating in World War I to a reluctant public. In Propaganda Techniques in World War I, Lasswell discussed the "manipulative symbols to manipulate opinions and attitudes" (p 9). Ever since then, all wars have involved specialists who attempt to control the way the media report about war and the way media contribute to shaping public opinion. This collection of essays discusses how media have "packaged" the war in Iraq. The chapters in this collection explore the way the media have presented the war to us by telling us human interest stories, supporting public policies, and crafting a narrative that supports the war. Some chapters focus on the way the Bush administration has actively promoted and attempted to control information; others tell of how the media have either been complicit in supporting the dominant narrative, or how the public has used the images in the media to negotiate attitudes toward the war, terrorism, and international relations. All of the chapters discuss the relationships among conflict, political agendas, the power of media, and the way audiences use media to construct attitudes, beliefs, and-ultimately-a sense of history about the war. Coming from the perspective of communication studies, situates the multi-dimensional aspects of war, terrorism, public policy, media, and story-telling within the context of creating a consensually assembled image of what the war in Iraq is all about. This book will be of interest to undergraduate students as well as scholars of communication, history, sociology, political science, and American studies, and it will be an excellent resource both for classroom use as well as the general public.