Constructing a Civic Community in Late Medieval - The Common Profit, Charity and Commemoration

- The Common Profit, Charity and Commemoration 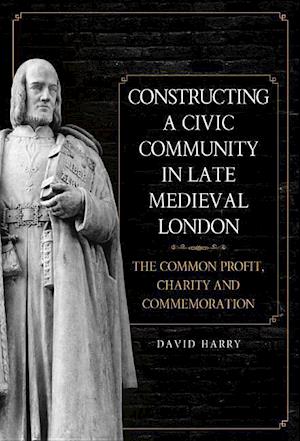 In the late fourteenth century, London's government, through mismanagement and negligence, experienced a series of crises. Relationships with the crown were tested; competing factions sought to wrest power from the hands of the once all-powerful victualling guilds; revolt in the streets in 1381 targeted the institutions of royal as well as civic power; and, between 1392 and 1397, King Richard removed the liberties of the city and appointed his own wardens to govern in place of the mayor of London. This book examines the strategies employed by the generation of London aldermen who governed after 1397 to regain control of their city. By examining a range of interdisciplinary sources, including manuscript and printed books, administrative records, accounts of civic ritual and epitaphs, the author shows how, by carefully constructing the idea of a civic community united by shared political concerns and spiritual ambitions, a small number of men virtually monopolised power in the capital. More generally, this is an exploration of the mentalities of those who sought civic power in the late Middle Ages and provokes the question: why govern, and for whom? DAVID HARRY is Lecturer in History at the University of Chester.

Forfattere
Bibliotekernes beskrivelse An examination of the growth of civic power in the turbulent arena of late medieval London.