Constantine and the Christian Empire 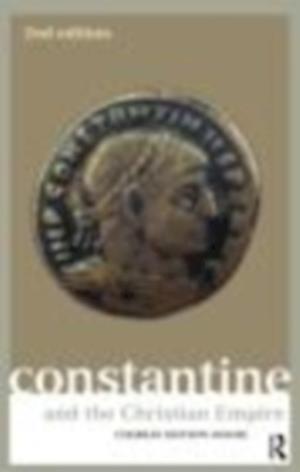 This biographical narrative is a detailed portrayal of the life and career of the first Christian emperor Constantine the Great (273 - 337). Combining vivid narrative and historical analysis, Charles Odahl relates the rise of Constantine amid the crises of the late Roman world, his dramatic conversion to and public patronage of Christianity, and his church building programs in Rome, Jerusalem and Constantinople which transformed the pagan state of Roman antiquity into the Christian empire medieval Byzantium. The author's comprehensive knowledge of the literary sources and his extensive research into the material remains of the period mean that this volume provides a more rounded and accurate portrait of Constantine than previously available.This revised second edition includes:An expanded and revised final chapterA new Genealogy and an expanded ChronologyNew illustrationsRevised and updated Notes and BibliographyA landmark publication in Roman Imperial, early Christian, and Byzantine history, Constantine and the Christian Empire will remain the standard account of the subject for years to come.

Forfattere
Bibliotekernes beskrivelse Drawing on over a quarter of a century of the author's research and experience, this book focuses on the man and his life for scholars, students, and those interested in Roman imperial, early Christian, and Byzantine imperial history. It is illustrated with ninety-two photographs and eight maps. 95 Halftones, black and white