- Disciplining Democracy and the Market 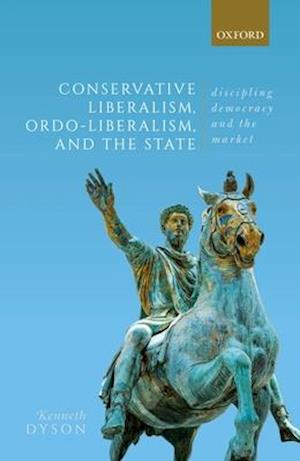 This book uses extensive original archival and elite interview research to examine the attempt to rejuvenate liberalism as a means of disciplining democracy and the market through a new rule-based economic and political order. This rebirth took the form of conservative liberalism and, in its most developed form, Ordo-liberalism. It occurred against the historical background of the great transformational crisis of liberalism in the first part of the twentieth century.Conservative liberalism evolved as a cross-national phenomenon. It included such eminent and cultured liberal economists as James Buchanan, Frank Knight, Henry Simons, Ralph Hawtrey, Jacques Rueff, Luigi Einaudi, Walter Eucken, Friedrich Hayek, Alfred Muller-Armack, Wilhelm Roepke, Alexander Rustow,and Paul van Zeeland, as well as leading lawyers like Louis Brandeis, Franz Boehm, and Maurice Hauriou. Conservative liberals also played a formative role in establishing new international networks, notably the Mont Pelerin Society. The book investigates the rich intellectual inheritance of this variant of new liberalism from aristocratic liberalism, ethical philosophy, and religious thought. It also locates the social basis of conservative liberalism and Ordo-liberalism in the cultivated bourgeois intelligentsia. The book goes on to examine the attempts to embed this new disciplinary form of liberalism in Britain, France, Germany, Italy, and the United States, and to consider the determinants of its varying significanceacross space and over time. It concludes by assessing the historical significance and contemporary relevance of conservative liberalism and Ordo-liberalism as liberalism confronts a new transformational crisis at the beginning of the new millennium. Is their promise of disciplining democracy and themarket a hollow one?

Forfattere
Bibliotekernes beskrivelse The book examines the historical significance and contemporary relevance of a body of thought about rejuvenating liberalism that has tended to be neglected in the English-speaking world in favour of the rise of social liberalism.