Consciousness in Philosophy and Cognitive Neuroscience 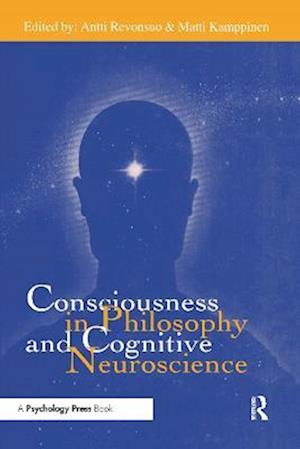 Consciousness seems to be an enigmatic phenomenon: it is difficult to imagine how our perceptions of the world and our inner thoughts, sensations and feelings could be related to the immensely complicated biological organ we call the brain. This volume presents the thoughts of some of the leading philosophers and cognitive scientists who have recently participated in the discussion of the status of consciousness in science. The focus of inquiry is the question: "Is it possible to incorporate consciousness into science?" Philosophers have suggested different alternatives -- some think that consciousness should be altogether eliminated from science because it is not a real phenomenon, others that consciousness is a real, higher-level physical or neurobiological phenomenon, and still others that consciousness is fundamentally mysterious and beyond the reach of science. At the same time, however, several models or theories of the role of conscious processing in the brain have been developed in the more empirical cognitive sciences. It has been suggested that non-conscious processes must be sharply separated from conscious ones, and that the necessity of this distinction is manifested in the curious behavior of certain brain-damaged patients. This book demonstrates the dialogue between philosophical and empirical points of view. The writers present alternative solutions to the brain-consciousness problem and they discuss how the unification of biological and psychological sciences could thus become feasible. Covering a large ground, this book shows how the philosophical and empirical problems are closely interconnected. From this interdisciplinary exploration emerges the conviction that consciousness can and should be a natural part of our scientific world view.

Forfattere
Bibliotekernes beskrivelse This work demonstrates the dialogue between philosophical and empirical points of view. The writers present alternative solutions to the brain-conciousness problem and they discuss how the unification of biological and psychological sciences could thus become feasible.