Consciousness and the World 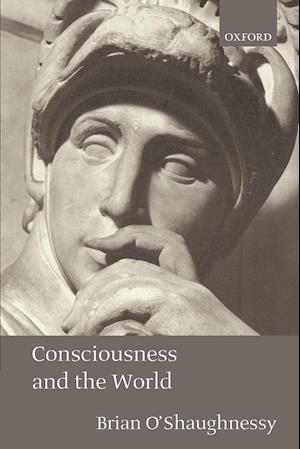 Brian O'Shaughnessy presents a bold original theory of consciousness, one of the most fascinating but puzzling aspects of human existence. He investigates what consciousness is and how it engages, through perception, with the world.Whatever mystery there may be about origins of consciousness, O'Shaughnessy suggests that there is no mystery about what it is. It is his contention that consciousness consists in a closely knit complex of occurrent mental phenomena and powers with thinking and self-knowledge at the centre - and nothing else. He proceeds to give a philosophical elucidation of its nature, analysing it into its constituent psychological parts. He argues that consciousness has a determinate character as aninternal but world-oriented phenomenon, and that there exist logically necessary and sufficient conditions for its presence. Though consciousness is an internal state, perception is its very foundation, being the source of the material with which the mind develops, and essential to the processes whereby itdoes so.O'Shaughnessy continues with an extended summary of the phenomena of perception and attention, examining their their component elements and their relations with consciousness and with the world. He demonstrates how close to the heart of consciousness is perception, envisaged already in the very concept. Perception is portrayed as a journey of the attention from the raw date of the senses outwards into physical reality, The different modes of sensory perception are analysed in turn, to give afull picture of how the mind opens out onto its environment and assembles for itself a representation of outer reality. So it is that the gap is closed between the mental and physical domains, and the epistemological basis of mind is established.Consciousness and the World is a rich and exciting book, a major contribution to our understanding of the mind.