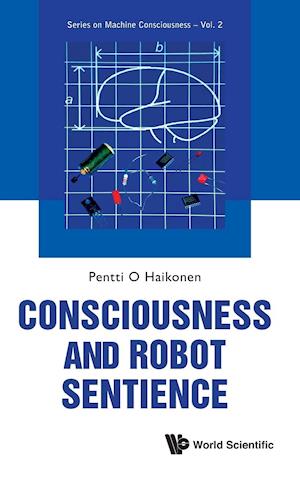 Robots are becoming more human, but could they also become sentient and have human-like consciousness?What is consciousness, exactly?It is a fact that our thoughts and consciousness are based on the neural activity of the brain. It is also a fact that we do not perceive our brain activity as it really is - patterns of neural firings. Instead, we perceive our sensations and thoughts apparently as they are. What kind of condition would transform the neural activity into this kind of internal appearance? This is the basic problem of consciousness.The author proposes an explanation that also provides preconditions for true conscious cognition - the requirement of a direct perceptive system with inherent sub-symbolic and symbolic information processing. Associative neural information processing with distributed signal representations is introduced as a method that satisfies these requirements.Conscious robot cognition also calls for information integration and sensorimotor integration. This requirement is satisfied by the Haikonen Cognitive Architecture (HCA).This book demystifies both the enigmatic philosophical issues of consciousness and the practical engineering issues of conscious robots by presenting them in an easy-to-understand manner for the benefit of students, researchers, philosophers and engineers in the field.