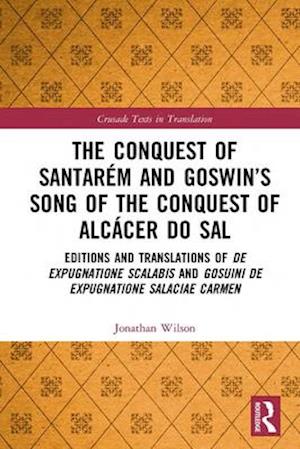 Achieved at the height of the Crusades, the Christian conquests of Santarem in 1147 by King Afonso I, and of Alcacer do Sal in 1217 by Portuguese forces and northern European warriors on their way by sea to Palestine, were crucial events in the creation of the independent kingdom of Portugal. The two texts presented here survive in their unique, thirteenth-century manuscript copies appended to a codex belonging to one of Europe's most important monastic library collections accumulated in the Cistercian abbey of Alcobaca, founded c. 1153 by Bernard of Clairvaux. Accompanied by comprehensive introductions and here translated into English for the first time, these extraordinary texts are based on eyewitness testimony of the conquests. They contain much detail for the military historian, including data on operational tactics and the ideology of Christian holy war in the twelfth and early thirteenth centuries. Literary historians too will be delighted by the astonishing styles deployed, demonstrating considerable authorial flamboyance, flair and innovation. While they are likely written by Goswin of Bossut, the search for authorship yields an impressive array of literary friends and associates, including James of Vitry, Thomas of Cantimpre, Oliver of Paderborn and Caesarius of Heisterbach.