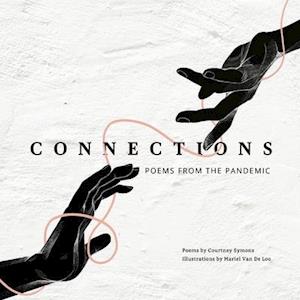 In 2020, everything changed and nothing happened.

Connections is an anthology of 100 poems written by Courtney Symons and illustrated by Mariel Vandeloo. It was created during the early days of the pandemic while humans stayed tucked away at home, craving connections and wondering if anything would ever be the same. This collection captures the essence of those stolen moments, a time of found hours and lost plans. Connections is for those seeking comfort in their people: the ones who define our lives, the ones merely passing through, and the ones who made life a little easier during the pandemic.

Based in Canada, Courtney is a writer in Ottawa, and Mariel is a designer in Toronto. By day, they work at Shopify, and by night they dream in syllables and sketches. This project was originally produced on Instagram where Courtney and Mariel published one poem every day for 100 days during the pandemic.