- A Theory of Normative Language 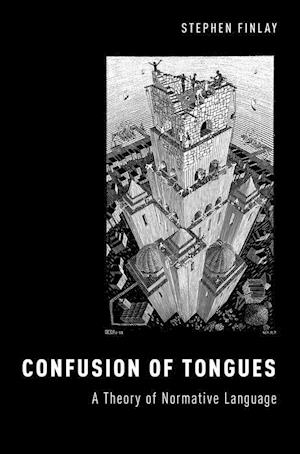 In this book, Haridimos Tsoukas, one of the most imaginative organization theorists of our time, examines the nature of knowledge in organizations, and how individuals and scholars approach the concept of knowledge. Tsoukas firstly looks at organizational knowledge and its embessedness in social contexts and forms of life. He shows that knowledge is not just a collection of free floating representations of the world to be used at will, but an activity constitute of the world. On the one hand, the organization as an institutionalized system does produce regularities that can be captured via propositional forms of knowledge. On the other, the organization as practice as a lifeworld, or as an open-ended system produce stories, values, and shared traditions which can only be captured by narrative forms of knowledge. Secondly, Tsoukas looks at the issue of how individuals deal with the notion of complexity in organizations: Our inability to reduce the behavior of complex organizations to their constituent parts. Drawing on concepts such as discourse, narrativity, and reflexivity, he adopts a hermeneutical approach to the issue. Finally, Tsoukas examines the concept of meta-knowledge, and how we know what we know. Arguing that the underlying representationalist epistemology of much of mainstream management causes many problems, he advocates adopting a more discursive approach. He describes what such an epistemology might be, and illustrates it with examples from organization studies and strategic management. An ideal introduction to the thinking of a leading organizational theorist, this book will be essential reading for academics, researchers, and students of Knowledge Management, Organization Studies, Management Studies, Business Strategy and Applied Epistemology.Can normative words like "good," "ought," and "reason" be defined in entirely non-normative terms? Confusion of Tongues argues that they can, advancing a new End-Relational theory of the meaning of this language as providing the best explanation of the many different ways it is ordinarily used. Philosophers widely maintain that analyzing normative language as describing facts about relations cannot account for special features of particularly moral anddeliberative uses of normative language, but Stephen Finlay argues that the End-Relational theory systematically explains these on the basis of a single fundamental principle of conversational pragmatics. These challenges comprise the central problems of metaethics, including the connection between normativejudgment and motivation, the categorical character of morality, the nature of intrinsic value, and the possibility of normative disagreement. Finlay's linguistic analysis has deep implications for the metaphysics, epistemology, and psychology of morality, as well as for the nature and possibility of normative ethical theory. Most significantly it supplies a nuanced answer to the ancient Euthyphro Question of whether we desire things because we judge them good, or vice versa. Normative speechand thought may ultimately be just a manifestation of our nature as intelligent animals motivated by contingent desires for various conflicting ends.

Forfattere
Bibliotekernes beskrivelse Can normative words like "good," "ought," and "reason" be defined in non-normative terms? Stephen Finlay argues that they can, advancing a new theory of the meaning of this language and providing pragmatic explanations of the especially problematic features of its moral and deliberative uses which comprise the puzzles of metaethics. 1 illus.