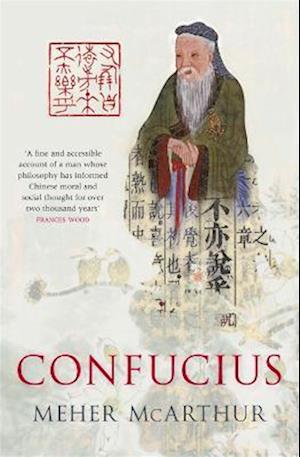 Scholar, philosopher and political sage, Confucius lived at a turbulent time in his country's history, the so-called 'Spring and Autumn Period' of the sixth century BC, during which China was wracked by warfare between rival feudal states. Against this backdrop he developed a system of social and political behaviour that he hoped could be used to create harmony and peace throughout the land. The teachings of Confucius attracted a large number of pupils, but were largely ignored by the rulers of China's various kingdoms. As a result, he did not see his philosophical teachings applied during his lifetime. After his death, however, his teachings were kept alive by his followers, and within a few centuries, his philosophy (as outlined in The Analects, which record the words and acts of Confucius and his disciples) was adopted by China's rulers and became the foundation for Chinese government, education and social structure. Beyond its profound influence on the culture and history of East Asia, Confucianism has also exerted a powerful fascination for western thinkers and philosophers.Meher McArthur's accessible and thoughtful biography not only traces the outline of her subject's life, but also examines why Confucius and his teachings are still relevant today.

Forfattere
Bibliotekernes beskrivelse A brand-new biography of the seminal figure of Chinese culture.