Confronting Hunger in the USA 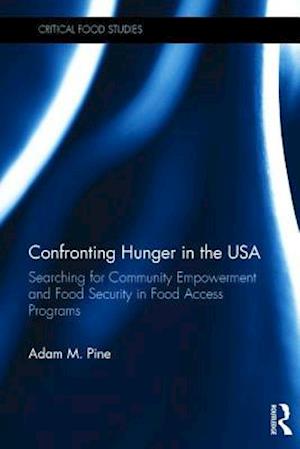 Food insecurity in the US is a critical issue that is experienced by approximately 15% of the population each year. Hunger is not caused by an inability to produce enough food for the population, but is instead a manifestation of federal agricultural policies that support the overproduction of commodity crops and neoliberal social policies that seek to lower the amount of benefits dispersed to those in need. This book focuses on how four different food-based community programs address both the physical sensation of hunger as well as the political and economic disempowerment that work against the ability of people experiencing food insecurity to mobilize as a political force. Confronting Hunger in the USA argues that most food programs do more to create community among their volunteers than among program participants and tend to reinforce neoliberal understandings of citizenship. Community food programs reach out to the most vulnerable members of society in caring and gentle ways and often use the language of alternative economies to articulate a different relationship between the individual and the state. However, the projects in this study act as individual pieces of the state's insufficient social safety net and are only beginning to articulate a new relationship between food and society.