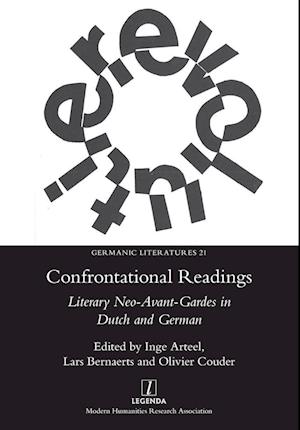 Confrontational Readings explores the manifold relationships between neo-avant-garde literatures. In the areas represented in the study (Flanders, the Netherlands, Germany, and Austria), there is a surge of literary experiments with similar preoccupations after the Second World War. Experimental authors from these countries explore similar stylistic, narrative, and intermedial techniques. We can think of montage in fiction, visual procedures in poetry, and jazz-like improvisation in poetry and prose. Authors also engage with similar ideological positions, such as radical leftist thought.

This book offers an in-depth view of the literary neo-avant-garde, by thorough discussions of a selection of Dutch-speaking and German-speaking neo-avant-gardists. It also sheds new light on the oeuvres of the selected corpus by confronting each Dutch-speaking writer with a German-speaking writer. Each chapter 'confronts' two authors, discussing revealing and meaningful similarities as well as differences. In this transnational spirit, Confrontational Readings presents accessible introductions to each writer presented, and will be valuable to the general reader as well as to scholars of Dutch and German literatures.