Conflict and Political Change in Venezuela 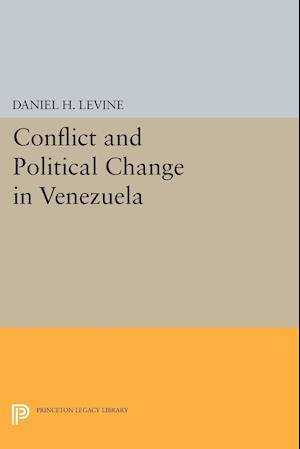 Venezuela has had a long and bloody history of military dictatorships. Yet, since 1958, it has developed one of the few effective, competitive democracies in Latin America. To explain this transformation Daniel H. Levine analyzes the development of modern mass-based political parties with pervasive organizations and commanding strong loyalties; the changing structure and content of social and political conflict; and the gradual emergence of common norms governing political behavior. This book does not pretend to be a general survey of Venezuelan politics. Rather, it is an attempt to understand, for both theoretical and practical purposes, the development of shared "rules of the game" for political action in a heterogeneous society. Once these norms are accepted by key elites, and then imposed on recalcitrant oppositions, they provide a means of controlling and managing political conflict without eliminating it. Mr. Levine's conclusions are based primarily on case studies of specific political conflicts.His study of conflicts over educational reform uncovers the conditions in which a traditional sector of society--Catholic groups and institutions--moved from violent, total opposition to the political system to a position of accommodation. In the second case study he examines the role of students in politics, with special reference to the integration of students in national patterns of conflict and opposition. Originally published in 1973. The Princeton Legacy Library uses the latest print-on-demand technology to again make available previously out-of-print books from the distinguished backlist of Princeton University Press. These editions preserve the original texts of these important books while presenting them in durable paperback and hardcover editions. The goal of the Princeton Legacy Library is to vastly increase access to the rich scholarly heritage found in the thousands of books published by Princeton University Press since its founding in 1905.