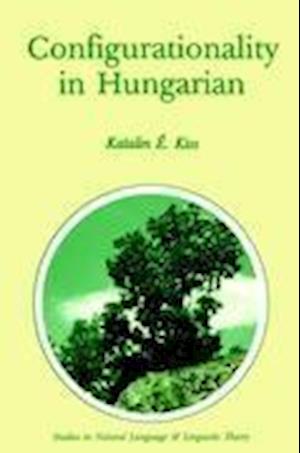 The purpose of this book is to argue for the claim that Hungarian sentence structure consists of a non-configurational propositional component, preceded by configurationally determined operator positions. In the course of this, various descriptive issues of Hungarian syntax will be analyzed, and various theoretical questions concerning the existence and nature of non configurational languages will be addressed. The descriptive problems to be examined in Chapters 2 and 3 center around the word order of Hungarian sentences. Chapter 2 identifies an invariant structure in the apparently freely permutable Hungarian sentence, pointing out systematic correspondences between the structural position, interpre tation, and stressing and intonation of the different constituents. Chapter 3 analyzes the word order phenomenon traditionally called 'sentence inter- I twining' of complex sentences, and shows that the term, in fact, covers two different constructions (a structure resulting from operator movement, and a base generated pattern) with differences in constituent order, operator scope and V-object agreement. Chapter 4 deals interpretation, case assignment, with the coreference possibilities of reflexives, reciprocals, personal pro nouns, and lexical NPs. Finally, Chapter 5 assigns structures to the two major sentence types containing an infinitive. It analyzes infinitives with an AGR marker and a lexical subject, focusing on the problem of case assignment to the subject, as well as subject control constructions, accounting for their often paradoxical, simultaneously mono- and biclausal behaviour in respect to word order, operator scope, and V-object agreement.