Confidence and Changes. Managing Social Protection in the New Millennium 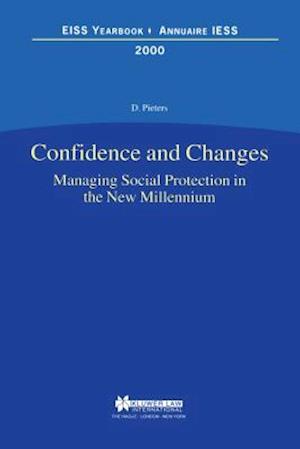 The confidence of wage-earners, who depend on an administrative "safety net" to protect them from loss of income, has virtually disappeared. Social exclusion and poverty have become inescapable threats for the average worker. It was to tackle this enormously important issue that the European Institute of Social Security (EISS), a leading multidisciplinary research group dedicated to exploring the frontiers of social security, met in June 2000 in Gandouml;teborg in Sweden. Twenty members of the Institute prepared papers for delivery at the conference, all of which are now printed in this book. These papers include discussion of such elements as the following: the shift in emphasis from compensation for loss of income to a more preventive approach based on income security; measures against social exclusion enacted by the European Union; the meaning of the term "employability" as revealed in EU Member States' National Action Plans (NAPs); the growing pressure on beneficiaries to "perform" rather than "conform"; the interplay in international law between human rights and social security; labour market participation according to gender and educational level; labour market participation among families with young children; the promise of a "federal" social security system in Europe; and objective standards vs. "moral hazard" in labour market insurance. Various reform initiatives (including the controversial debate on private sector funding) are also covered, making Confidence and Changes the most wide-ranging and provocative book on the subject available today.