Confessions of a Tax Collector

- One Man's Tour of Duty Inside the IRS 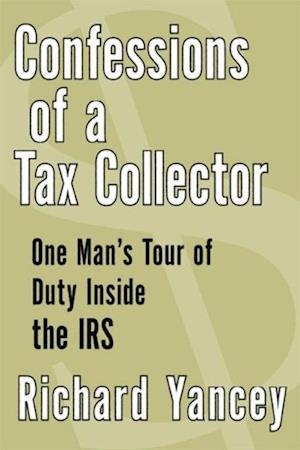 Twelve years ago, Richard Yancey answered a blind ad in the newspaper offering a salary higher than what hed made over the three previous years combined. It turned out that the job was for the Internal Revenue Service -- the most hated and feared organization in the federal government.So Yancey became the man who got in his car, drove to your house, knocked on your door, and made you pay. Never mind that his car was littered with candy wrappers, his palms were sweaty, and he couldnt remember where he stashed his own tax records. He was there on the authority of the United States government.With 'a rich mix of humor, horror, and angst [and] better than most novels on the bestseller lists' (Boston Sunday Globe), Confessions of a Tax Collector contains an astonishing cast of too-strange-for-fiction characters. But the most intriguing character of all is Yancey himself who -- in detailing how the job changed him and how he managed to pull himself back from the brink of moral, ethical, and spiritual bankruptcy -- reveals what really lies beneath those dark suits and mirrored sunglasses.This P.S. edition features an extra 16 pages of insights into the book, including author interviews, recommended reading, and more.