- Essays in Honor and Memory of Bodo Nischan 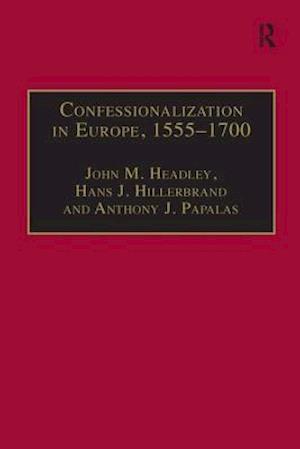 Confessionalization in Europe, 1555-1700 brings together a closely-focused set of essays by leading scholars from the USA, UK, and Europe, in memory of Bodo Nischan. They address what historians of the Early Modern period have recently come to define as the pre-eminent issue in the history of the Reformation, as they turn their emphases from the earlier part of the 16th century to the relatively neglected latter half of the century. By the time of his death Bodo Nischan had distinguished himself as a significant contributor to this central problem of confessionalization. The concept involves the practice of 'confession building' which in relation to that of 'social disciplining', promoted interrelated processes contributing decisively to the formation of confessional churches, greater social cohesion, and the emergence of the Early Modern absolute state. Many religious practices, earlier considered as adiaphora (indifferent matters), now became treated as marks of demarcation between the emerging Protestant confessional churches and at the same time politicized as the early modern state sought to impose greater social control. Through the analysis of such liturgical, ritual, and ceremonial practices Nischan helped show the way towards a better understanding of the Reformation's engagement with the people. These are the themes treated in this volume.