Gentry culture and the politics of religion 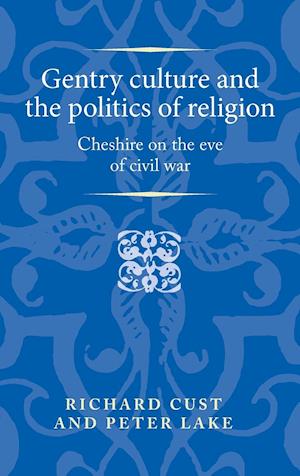 This book revisits the county study as a way of understanding the dynamics of civil war in England during the 1640s. The genre fell out of fashion around thirty years ago, but since then work on the English ‘monarchical republic’, gentry political culture and dynasticism, the transmission of news and local culture wars have enriched our understanding of the field.

The first part of the book explores gentry culture as part of a wider study of the extent to which early Stuart Cheshire was a ‘county community’. The second part investigates the responses of the county’s governing elite and puritan religious establishment to interventions by the central government and Laudian ecclesiastical authorities during Charles I’s Personal Rule, demonstrating how these led to the breakdown of earlier consensual norms. Part three deploys the remarkably rich documentation about petitioning movements in Cheshire during 1641–42 to explore a growing political polarization around the central issues of the defence of bishops and the prayer book, and in the face of efforts by a powerful local middle group to promote accommodation and keep the peace. The events of these two years provided an accelerated working through of tensions and potential conflicts that can be traced back to the 1620s and earlier.

This important contribution to understanding the local origins and outbreak of civil war in England will be of interest to all students and scholars studying the English Revolution.