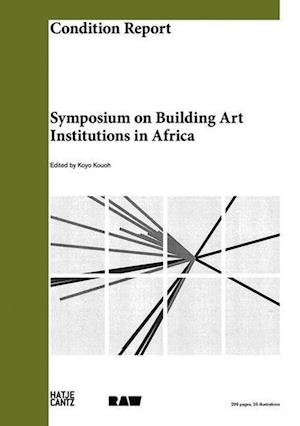 Condition Report: Symposium on Building Art Institutions in Africa is a collection of essays resulting from of the symposium held in Dakar in 2012. They address the changing role of art institutions and initiatives in Africa, where the cultural and artistic context is characterized by a predominance of government led art programs and infrastructure. The last decade has witnessed the emergence of a variety of independent art spaces using a wide range of formats to promote art and critical exchange. These initiatives draw a new cartography of artistic action in Africa. This reader looks at the structural and programmatic issues at play within those institutions. Models and profiles of art institutions developed in other regions of the world are also examined. The publication also discusses how former colonial powers define and implement their strategies of cultural representation and exchange in post-colonial areas, and how these in turn influence local dynamics of cultural action. Funded by the German Federal Cultural Foundation and the Goethe-Institut.