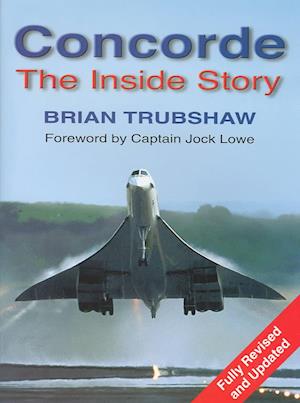 When the Air France Concorde crashed outside Paris in July 2000, it seemed as though the final and damning chapter had been written in the golden story of the world's most famous airliner. The chilling images beamed around the world of the aircraft in its final death throes have left an indelible stain on a hitherto untarnished safety record. As the former British chief test pilot, Brian Trubshaw's close association with Concorde has placed him in the unique position of being able to write the inside story of this world-famous supersonic passenger jet. Because of his detailed knowledge of Concorde, Brian has been closely involved in the exhaustive investigations into the recent tragedy. He piloted the world's first (and only) supersonic passenger transport aircraft on its maiden flight from Filton in 1969, and remained a key member of the Concorde programme after the aircraft entered airline service in 1976. In this new and updated edition of his best-selling book, Brian gives his unvarnished opinions about the causes of the Paris crash, the resulting court of enquiry and the hopes for Concorde returning to airline service this year.The author's close association with Concorde and the selection of 200 photographs and illustrations (c100 in colour) have made this the best-illustrated and most important book yet published on this aircraft.

Forfattere
Bibliotekernes beskrivelse When the Air France Concorde crashed outside Paris in July 2000, it looked like the end for the world's most famous airliner. In this updated edition, former British chief test pilot Brian Trubshaw gives his opinions about the causes of the Paris crash, the resulting enquiry and Concorde's future. 100 b&w and 100 colour illustrations