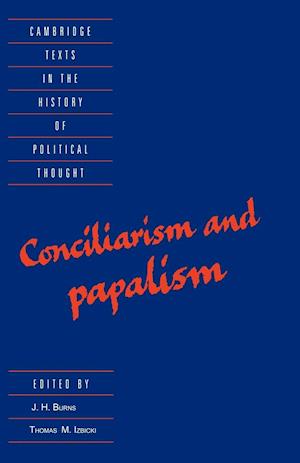 Almost on the eve of the sixteenth-century Reformation, the long-running debate over the respective authority of popes and councils in the Catholic Church was vigorously resumed. In this collection the editors bring together the first English translation of four major contributions to that debate. In these texts, complex arguments derived from Scripture, theology, and canon law are deployed. The issues that emerge, however, prove to have a broader significance. What is foreshadowed here is the confrontation between 'absolutism' and 'constitutionalism' which was to be a dominant theme in the politics of early-modern Europe and beyond. Even on the threshold of the twenty-first century the concerns that underlie and animate the scholastic disputations in these pages retain their force. This 1997 volume includes introductory material which elucidates the context of the debate, as well as a comprehensive bibliography.