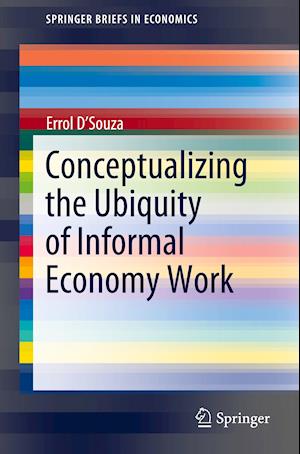 This book provides a framework to understand the disregarded aspect of emerging market growth which is informal employment. Informal employment in unregistered enterprises or of workers without employment contracts or social protection contributions constitutes 88 per cent of employment in India and is a ubiquitous feature of the economy. A large proportion of informal employment (86 per cent) is self-employment and this category of employment has been neglected in the literature on work and development which has focused instead on wage employment that is a contract for work with another person or enterprise. Another striking feature of such economies which the book engages with is that, as they have liberalized, informal employment in the registered enterprises or formal part of the economy has grown. The informal sector has been analyzed by recourse to two major approaches. One is a public economics framework that underlines how informal enterprises evolve as they trade-off reduced access to public services such as contract enforcement with the payment of taxes and regulatory compliances. This book extends this literature by focusing on the access to formal sector credit and its potential for financing productive enterprises as a factor that is considered when an enterprise contemplates whether to incorporate or not. The second leg of the literature takes a labour perspective and emphasizes mandated labour costs such as hiring and firing costs, benefits, and minimum wages as considerations when deciding on whether to engage labour on a formal or informal basis. The book broadens this literature by taking into account how the human capital of workers and the monitoring costs of ensuring that workers are adhering to the terms of negotiated contracts inform the decision with regard to informality. The book will resonate with those academics and policy makers who are engaged with the conundrums of development.