Concepts and Controversies in Obsessive-Compulsive Disorder

indgår i serie Series in Anxiety and Related Disorders 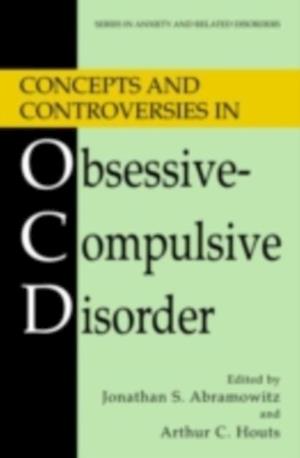 Few syndromes in psychopathology generate as much popular curiosity and clinical exploration as does obsessive-compulsive disorder (OCD). Since the 1970s, research on OCD has increased exponentially. Speci?c advances include an improved grasp of the heterogeneity of the disorder, identi?cation of putative subtyping schemes, and the development of increasingly sophisticated theoretical models of the etiology and maintenance. Perhaps most importantly, research has led to advances in treatment; andwhereasthe?rstlinetherapies(cognitive-behaviortherapyandserotonergicm- ication) are not entirely effective for every sufferer, they have transformed OCD from an unmanageable lifetime af?iction into a treatable problem that need not reduce quality of life. Despite the aforementioned advances, there have emerged a number of sharp disagreements concerning OCD. Differences have surfaced over phenomenological issues, etiological models, and approaches to treatment, and often occur (but not exclusively) along disciplinary lines between biologically oriented and cogniti- behaviorally oriented authorities. For example, medical approaches posit that abn- mal biological processes cause OCD, whereas psychosocial formulations emphasize the role of learning and dysfunctional cognitions. Yet because theoretical conjecture andempirical?ndingsfromwithineachtraditionaretypicallyaddressedtowardd- tinct and narrow audiences, clinicians, researchers, and students with broad interests are hindered from gaining a clear grasp of the diverse (and sometimes polarized) perspectives.