- From Myths to the Accelerating Universe: A History of Cosmology 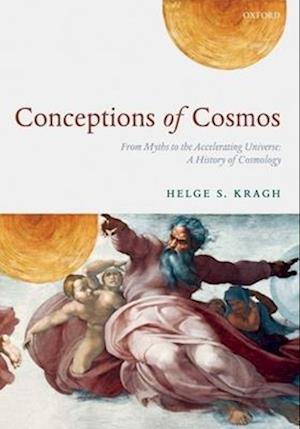 This book is a historical account of how natural philosophers and scientists have endeavoured to understand the universe at large, first in a mythical and later in a scientific context. Starting with the creation stories of ancient Egypt and Mesopotamia, the book covers all the major events in theoretical and observational cosmology, from Aristotle's cosmos over the Copernican revolution to the discovery of the accelerating universe in the late 1990s. It presentscosmology as a subject including scientific as well as non-scientific dimensions, and tells the story of how it developed into a true science of the heavens. Contrary to most other books in the history of cosmology, it offers an integrated account of the development with emphasis on the modernEinsteinian and post-Einsteinian period. Starting in the pre-literary era, it carries the story onwards to the early years of the 21st century.

Forfattere
Bibliotekernes beskrivelse This book presents the history of how the universe at large became the object of scientific understanding. Starting with the ancient creation myths, it offers an integrated and comprehensive account of cosmology that covers all major events from Aristotle's Earth-centred cosmos to the recent discovery of the accelearting universe. numerous line drawings, tables, halftones and mathematical examples