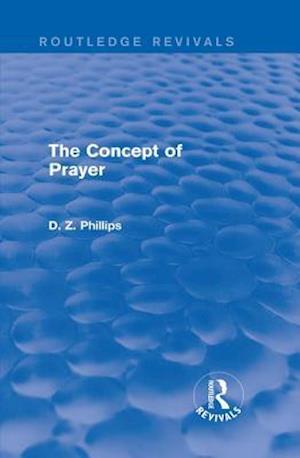 Many contemporary philosophers assume that, before one can discuss prayer, the question of whether there is a God or not must be settled. In this title, first published in 1965, D. Z. Phillips argues that to understand prayer is to understand what is meant by the reality of God. Beginning by placing the problem of prayer within a philosophical context, Phillips goes on to discuss such topics as prayer and the concept of talking, prayer and dependence, superstition and the concept of community. This is a fascinating reissue that will be of particular value to students with an interest in the philosophy of religion, prayer and religious studies more generally.