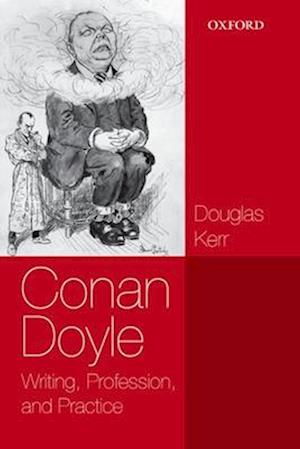 From the early stories, to the great popular triumphs of the Sherlock Holmes tales and the Professor Challenger adventures, the ambitious historical fiction, the campaigns against injustice, and the Spiritualist writings of his later years, Conan Doyle produced a wealth of narratives. He had a worldwide reputation and was one of the most popular authors of the age. A critical study of the writings of Arthur Conan Doyle and a cultural biography, this is a book for students of literary and cultural history, and Conan Doyle enthusiasts. It is a full account of all of his writing, and an investigation of the role of the author as he practised it, as witness, critic, and interpreter of his times. His work was widely read and enjoyed, but it is far from being a simple endorsement of the masculine, imperialist, bourgeois, scientific world he so often portrayed.The subject of this study is what Conan Doyle knew - the knowledge of his own culture, its institutions and values and ways of life, its beliefs and anxieties, which is created and shared by his writing. The book is organized according to a number of cultural domains - sport, medicine, science, law and order, army and empire, and the spiritual life. At a time when literature had become a profession, in a society where literacy was more widespread than ever before or since, Conan Doyle emergesas a maker of culture, offering his readers an image of themselves, their past and their future.

Forfattere
Bibliotekernes beskrivelse Conan Doyle: Writing, Profession, and Practice approaches Conan Doyle's writing in terms of themes such as sport, science, crime, and empire, finding within it a complex and surprising interpretation of a late-Victorian and early twentieth-century world, emerging into a troubling modernity.