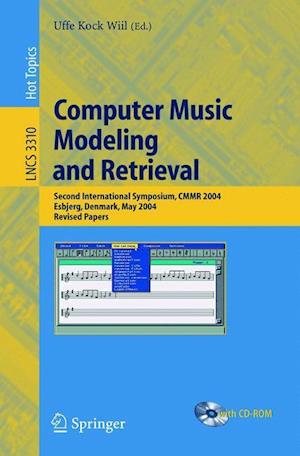 This volume contains the ?nal proceedings for the 2004Computer Music Mod- ing and Retrieval Symposium (CMMR 2004). This event was held during 26-29 May 2004 in Esbjerg, Denmark on the joint campus area of Aalborg University Esbjerg and the University of Southern Denmark, Esbjerg. CMMR is an annual event focusing on important aspects of computer music. CMMR 2004 is the s- ond event in this series. CMMR 2003, which was held in Montpellier, France in May 2003, was a great success and attracted high-quality papers and prominent researchers from the ?eld of computer music. The CMMR 2003 postsymposium proceedingswaspublishedbySpringerintheLectureNotesinComputerScience series (LNCS 2771). CMMR 2004 was jointly organized by Aalborg University Esbjerg in Denmark and LMA, CNRS, Marseille in France (in cooperation with ACM SIGWEB). The use of computers in music is well established. CMMR 2004 provided a unique opportunity to meet and interact with peers concerned with the cro- in?uence of the technological and creative in computer music. The ?eld of c- putermusicisinterdisciplinarybynatureandcloselyrelatedtoanumberofc- puter science and engineering areas such as information retrieval, programming, human computer interaction,digital libraries,hypermedia, arti?cialintelligence, acoustics, signal processing, etc. The event gathered many interesting people (researchers, educators, composers, performers, and others). There were many high-qualitykeynoteandpaperpresentations,thatfosteredinspiringdiscussions. I hope that you ?nd the work presented in these proceedings as interesting and exciting as I have.