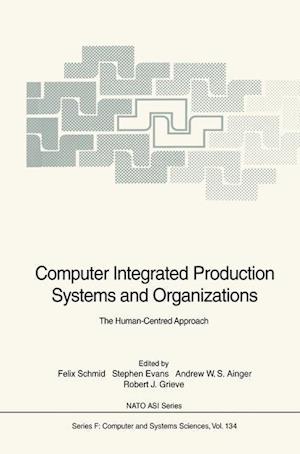 The Background to the Institute The NATO Advanced Study Institute (ASI) 'People and Computers - Applying an Anthropocentric Approach to Integrated Production Systems and Organisations' came about after the distribution of a NATO fact sheet to BruneI University, which described the funding of ASls. The 'embryonic' director of the ASI brought this opportunity to the attention of the group of people, (some at BruneI and some from outside), who were together responsible for the teaching and management of the course in Computer Integrated Manufacturing (CIM) in BruneI's Department of Manufacturing and Engineering Systems. This course had been conceived in 1986 and was envisaged as a vehicle for teaching manufacturing engineering students the technology of information integration through project work. While the original idea of the course had also included the organisational aspects of CIM, the human factors questions were not considered. This shortcoming was recognised and the trial run of the course in 1988 contained some lectures on 'people' issues. The course team were therefore well prepared and keen to explore the People, Organisation and Technology (POT) aspects of computer integration, as applied to industrial production. A context was proposed which would allow the inclusion of people from many different backgrounds and which would open up time and space for reflection. The proposal to organise a NATO ASI was therefore welcomed by all concerned.