indgår i serie Studies in Fuzziness and Soft Computing 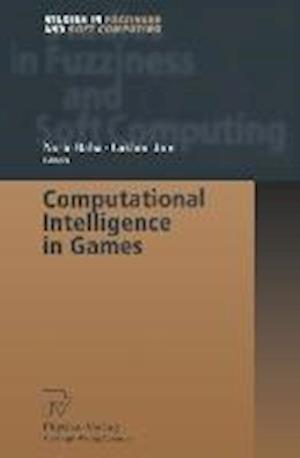 Forfattere
Bibliotekernes beskrivelse The most powerful computers in the world are not only used for scientific research, defence, and business, but also in game playing. Computer games are a multi-billion dollar industry. Recent advances in computational intelligence paradigms have generated tremendous interest among researchers in the theory and implementation of games. Game theory is a branch of operational research dealing with decision theory in a competitive situation. Game theory involves the mathematical calculations and heuristics to optimize the efficient lines of play. This book presents a sample of the most recent research on the application of computational intelligence techniques in games. This book contains 7 chapters. The first chapter, by Chen, Fanelli, Castellano, and Jain, is an introduction to computational intelligence paradigms. It presents the basics of the main constituents of compu- tational intelligence paradigms including knowledge representation, probability-based approaches, fuzzy logic, neural networks, genetic algorithms, and rough sets. In the second chapter, Chellapilla and Fogel present the evolution of a neural network to play checkers without human expertise.This chapter focuses on the use of a population of neural networks, where each network serves as an evaluation function to describe the quality of the current board position. After only a little more than 800 generations, the evolutionary process has generated a neural network that can play checkers at the expert level as designated by the u.s. Chess Federation rating system. The program developed by the authors has also competed well against commercially available software.