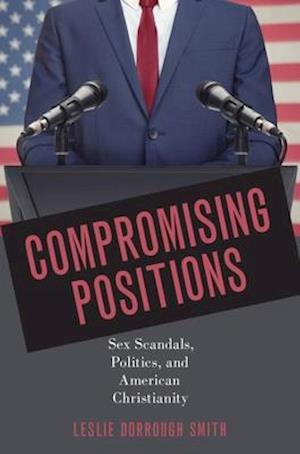 Americans have long believed that the private lives of their politicians are important indicators of their fitness to lead and of their ability to defend and uphold American values. For many, a sex scandal renders a person ineligible, or at the very least questionably qualified, for public service. In Compromising Positions, Leslie Dorrough Smith questions the assumption that sex scandals are really about sex- that is, that they are primarily concerned withthe discovery of sexual misconduct. She argues that they are, instead, a form of cultural storytelling that uses racial and gendered symbols to create a collective sense of national worth and strength.Smith shows that sex scandals involve the use of four very powerful social tools-gender, race, politics, and religion- that together create a rhetoric about what America is, who is eligible to formally represent it, and what types of symbolic religiosity such leaders must display to legitimize their power. Americans tend to condemn or excuse the sexual misdeeds of their politicians depending on the degree to which the individual in question reinforces evangelical interpretations of "Americanvalues" and a "Christian nation." Such values include not just moral integrity, but strength, courage, and conquest. As a consequence, sex scandals are less likely to occur in cultural moments when the public is open to reading a politician's moral lapse as a symbolic form of national dominance. Putsimply, when a leader is perceived as strong, domineering, and necessary for national health, many people will find ways either to overlook his illicit sexual behavior or somehow read it as an American act.