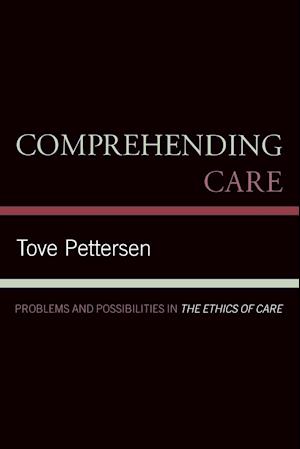 American psychologist Carol Gilligan holds that dominant ethical theories, with their strong emphasis on rights and justice, fail to see how care is an indispensable part of moral life. This failure weakens their credibility as adequate, universal ethical theories. In Comprehending Care, Tove Pettersen investigates whether an ethics of care really does give voice to a normative perspective that traditional moral theory has disregarded. More specifically, she considers whether Carol Gilligan's own theoretical contribution is an ethical theory of care, and if it is likely to contribute to such a revised understanding. Pettersen argues that central elements in a consistent and justifiable ethics of care theory can in fact be extracted from her works, and is an ethics that to some extent challenges traditional ethical theories by revealing some of their ontological and epistemological inadequacies, such as tacit assumptions, unforeseen disturbing implications, and deficient moral categories. Within Gilligan's theoretical stance, Pettersen finds suggestions for necessary revisions to remedy the flawed or deficient understanding generated by traditional ethical theory. She argues, however, that Gilligan exaggerates her general critique of Western moral philosophy, and specifically of the 'justice tradition,' and she exposes how Gilligan's portrayal of this tradition is misguided in places, arguing that accommodating the concerns of justice is a central challenge, yet to be met, for an ethics of care.