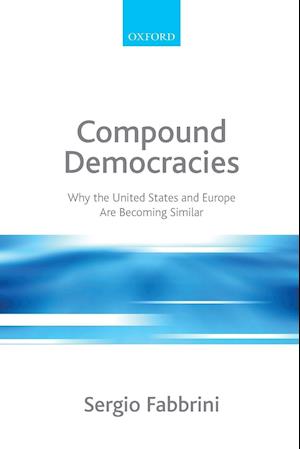 This is a major new comparison of the American and European political systems. By deploying a powerful new model to analyse the two systems it draws some challenging conclusions about their increasing similarity. Professor Fabbrini argues that the process of regional integration in Europe over the last 60 years, has significantly reduced the historical differences between the democracies on either side of the Atlantic. The EU and the US are now similar because they represent two different species of the same political genus: the compound democracy. The defining feature of compound democracy is the union of states and their citizens. Through such union, the states agree to pool their sovereignty within a larger integrated supra-state or supranational framework. They do so because these unions are primarily pacts for avoiding war. Because the states which made those unions were, and continue to be, asymmetrically correlated, any attempt to create a unified polity - that is a political system where the decision-making power is monopolized by only one institution - is likely to fail.He goes on to argue that the US and the EU are based on a multiple diffusion of powers which guarantees that any interest can have a voice in the decision-making process and no majority will be able to control all the institutional levels of the polity. This type of system allows an inter-states organization to operate as a supra-state polity - but it does so at the expense of decision-making capacity and accountability.