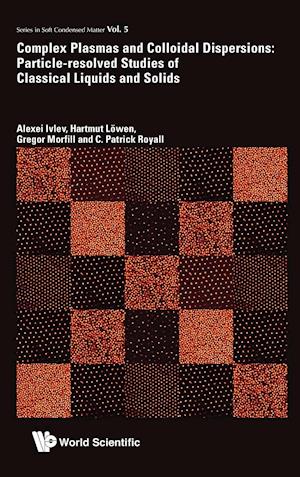 Many fundamental issues in classical condensed matter physics can be addressed experimentally using systems of individually visible mesoscopic particles playing the role of "proxy atoms". The interaction between such "atoms" is determined by the properties of the surrounding medium and/or by external tuning. The best-known examples of such experimental model systems are two different domains of soft matter - complex plasmas and colloidal dispersions.The major goal of this book - written by scientists representing both complex plasmas and colloidal dispersions - is to bring the two fields together. In the first part of the book the basic properties of the two systems are summarized, demonstrating huge conceptual and methodological overlap of the fields and emphasizing numerous cross-connections between them and their essential complementarity. This "introductory part" should serve to help each community in understanding the other field better. Simultaneously, this provides the necessary basis for the second part focused on particle-resolved studies of diverse generic phenomena in liquids and solids - all performed with complex plasmas and/or colloidal dispersions. The book is concluded with the discussion of critical open issues and fascinating perspectives of such interdisciplinary research.

Forfattere
Bibliotekernes beskrivelse Addresses particle dynamics in liquids, with the emphasis on mesoscopic processes in the supercooled (glassy) state, for example dynamical heterogeneity and phase transitions in solids. This book focuses on the evolutionary paths of crystal structure development and defect dynamics and non-equilibrium phase transitions.