Competitiveness in the European Economy 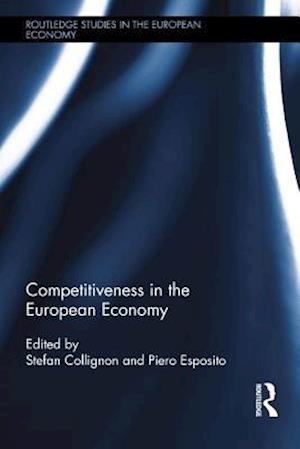 This book deals with the relationship between the competitiveness of countries in Europe and the analysis of macroeconomic imbalances. It focuses mainly on a European analysis, along with special studies of the German economy, which is rarely considered to be a cause for the current crisis. The book also compares Germany with Italy, providing a comparative perspective on structural reforms.The first part of this book analyses macroeconomic imbalances based on a new framework from the analysis of the flow of founds rather than balance of payments, and presents an alternative measure of unit labour cost comparisons to investigate the relationship between imbalances and competitiveness. The second part is dedicated to the analysis of the trade performance of Germany and Italy and the sustainability of the German model in the EMU. The third part describes the reform policies implemented by Germany and their effect on imbalances; this includes wage moderation, the labour market reforms and weak labour demand. The final part explores the regional inequalities within Germany and Italy, providing useful lessons regarding fiscal federalism and regional banking developments.In conclusion, a big part of the problems within the Euro Area are generated by the use of a wrong framework of analysis, where the EMU is considered as a fixed exchange rate regime and not a single country. This book provides an alternative view which holds at the core the relationship between sectors. It is stressed throughout the book that the German behaviour has contributed to the rise of imbalances between countries due to its growth model, not suitable for a big developed country in a currency union. This book also finds that stressing banking integration within countries helps to reduce regional inequalities, which has important implications for the management of Europe's future banking union and macroeconomic imbalances.