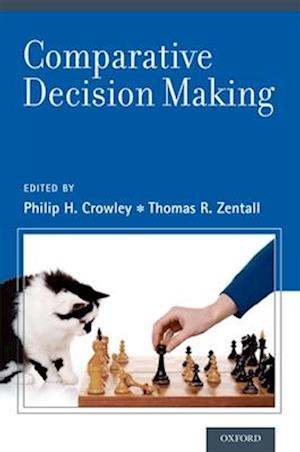 Decision making cuts across most areas of intellectual enquiry and academic endeavor. The classical view of individual human thinkers choosing among options remains important and instructive, but the contributors to this volume broaden this perspective to characterize the decision making behavior of groups, non-human organisms and even non-living objects and mathematical constructs. A diverse array of methods is brought to bear-mathematical, computational,subjective, neurobiological, evolutionary, and cultural. We can often identify best or optimal decisions and decision making processes, but observed responses may deviate markedly from these, to a large extent because the environment in which decisions must be made is constantly changing. Moreover,decision making can be highly constrained by institutions, natural and social context, and capabilities. Studies of the mechanisms underlying decisions by humans and other organisms are just beginning to gain traction and shape our thinking. Though decision making has fundamental similarities across the diverse array of entities considered to be making them, there are large differences of degree (if not kind) that relate to the question of human uniqueness. From this survey of views andapproaches, we converge on a tentative agenda for accelerating development of a new field that includes advancing the dialog between the sciences and the humanities, developing a defensible classification scheme for decision making and decision makers, addressing the role of morality and justice, andmoving advances into applications-the rapidly developing field of decision support.

Forfattere
Bibliotekernes beskrivelse Decisions are made by individual humans-but also by corporations, plants, robots, and computer programs. The authors of this volume help initiate a powerful new comparative dimension for our analysis and application of decision making across an enormous range of intellectual enquiry.