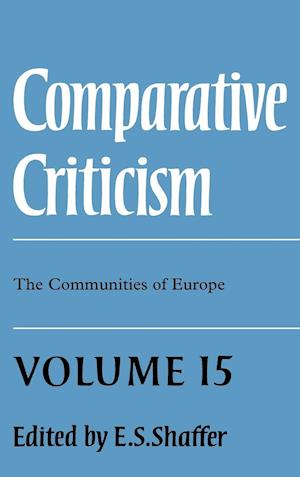 In Volume 15, 'The Communities of Europe', we mark the gradual approach to European unity by looking at Europe's intransigent variety. Various topics are explored: Henry Gifford looks at the place of the writer in European culture, whilst the encounter of Europe with one of its 'others', North America, is probed with gusto by Armin Paul Frank. Malcolm Bowie explores intellectual frontiers in his speculations on the uses of Lacanian psychoanalysis for the arts; and Harold Fisch pursues the nature of interpretation itself as a mode of community. The editor brings up to date the report of the state of Comparative Literature in Britain given in volume 1 (1979). The winners of the British Comparative Literature Association Translation Competition (1991) for European Community languages are published here, as are the winners of the Special Prizes for Chinese and for Hebrew, Yiddish, or writing in any language on a Jewish theme.