Companion to the Political Culture of the Roman Republic 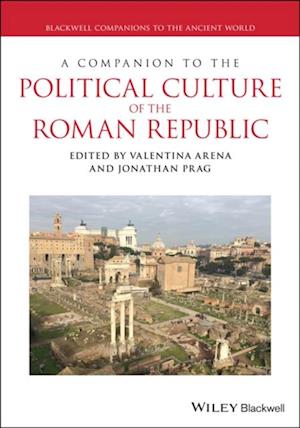 An insightful and original exploration of Roman Republic politics In A Companion to the Political Culture of the Roman Republic, editors Valentina Arena and Jonathan Prag deliver an incisive and original collection of forty contributions from leading academics representing various intellectual and academic traditions. The collected works represent some of the best scholarship in recent decades and adopt a variety of approaches, each of which confronts major problems in the field and contributes to ongoing research. The book represents a new, updated, and comprehensive view of the political world of Republican Rome and some of the included essays are available in English for the first time.  Divided into six parts, the discussions consider the institutionalized loci, political actors, and values, rituals, and discourse that characterized Republican Rome. The Companion also offers several case studies and sections on the history of the interpretation of political life in the Roman Republic. Key features include: A thorough introduction to the Roman political world as seen through the wider lenses of Roman political culture Comprehensive explorations of the fundamental components of Roman political culture, including ideas and values, civic and religious rituals, myths, and communicative strategies  Practical discussions of Roman Republic institutions, both with reference to their formal rules and prescriptions, and as patterns of social organization In depth examinations of the ‘afterlife’ of the Roman Republic, both in ancient authors and in early modern and modern times   Perfect for students of all levels of the ancient world, A Companion to the Political Culture of the Roman Republic will also earn a place in the libraries of scholars and students of politics, political history, and the history of ideas.