Communitarianism and its Critics

- Bell, D: Communitarianism and its Critics 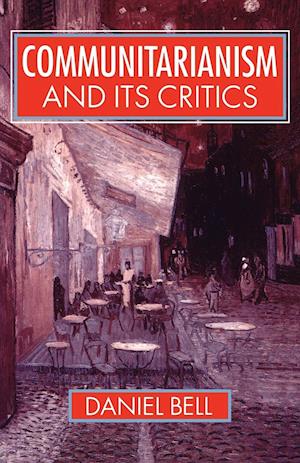 Many have criticized liberalism for being too individualist, but few have offered an alternative that goes beyond a vague affirmation of the need for community. In this entertaining book, written in dialogue form, Daniel Bell fills this gap, presenting and defending a distinctively communitarian theory against the objections of a liberal critic.In a Paris cafe Anne, a strong supporter of communitarian ideals, and Philip, her querulous critic, debate the issues. Drawing on the works of such thinkers as Charles Taylor, Michael Sandel, and Alasdair MacIntyre, Anne attacks liberalism's individualistic view of the person by pointing to our social embeddedness. She develops Michael Walzer's idea that political thinking involves the interpretation of shared meanings emerging from the political life of a community, and rebuts Philip'scriticism that this approach damages her case by being conservative and relativistic. She goes on to develop a justification of communal life and to answer the criticism that communitarians lack an alternative moral vision. The book ends with two later discussions, by Will Kymlicka and Daniel Bell, inwhich Anne and another friend, Louise, criticize the book's earlier debate and put it in perspective.

Forfattere
Bibliotekernes beskrivelse This book casts new light on the contemporary debate between liberals and communitarians. Written in dialogue form, it is an engaging and entertaining introduction to the most important and hotly-debated topic in political theory today.