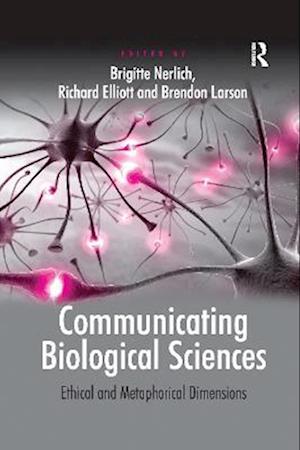 Recent scandals in the biosciences have highlighted the perils of communicating science leading many observers to ask questions about the pressures on scientists and the media to hype-up claims of scientific breakthroughs. Journalists, science writers and scientists themselves have to report complex and rapidly-developing scientific issues to society, yet work within conceptual and temporal constraints that shape their communication. To date, there has been little reflection on the ethical implications of science writing and science communication in an era of rapid change. Communicating Biological Sciences discusses the 'ethics' of science communication in light of recent developments in biotechnology and biomedicine. It focuses on the role of metaphors in the creation of visions and the framing of scientific advances, as well as their impact on patterns of public acceptance and rejection, trust and scepticism. Its rigorous investigation will appeal not only to science writers and scientists, but also to scholars of sociology, science and technology studies, media and journalism.