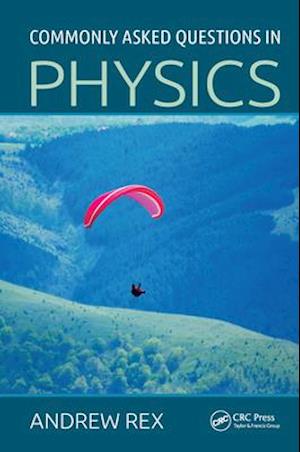 In the 300 years since Newton's seminal work, physics has explained many things that used to be mysterious. Particularly in the last century, physics has addressed a range of questions, from the smallest fundamental particles to the large-scale structure and history of the entire universe. But there are always more questions.Suitable for a wide audience, Commonly Asked Questions in Physics covers a broad scope of subjects, from classical physics that goes back to the age of Newton to new ideas just formulated in the twenty-first century. The book highlights the core areas of physics that predate the twentieth century, including mechanics, electromagnetism, optics, and thermodynamics. It also focuses on modern physics, covering quantum mechanics, atomic and nuclear physics, fundamental particles, and relativity.Each chapter explains the numbers and units used to measure things and some chapters include a "Going Deeper" feature that provides more mathematical details for readers who are up to the challenge. The suggested readings at the end of each chapter range from classic textbooks to some of the best books written for the general public, offering readers the option to study the topic in more depth. Physics affects our lives nearly every day using cell phones, taking x-rays, and much more. Keeping the mathematics at a very basic level, this accessible book addresses many physics questions frequently posed by physics students, scientists in other fields, and the wider public.