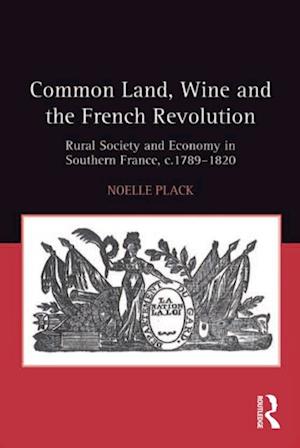 Recent revisionist history has questioned the degree of social and economic change attributable to the French Revolution. Some historians have also claimed that the Revolution was primarily an urban affair with little relevance to the rural masses. This book tests these ideas by examining the Revolutionary, Napoleonic and Restoration attempts to transform the tenure of communal land in one region of southern France; the department of the Gard. By analysing the results of the legislative attempts to privatize common land, this study highlights how the Revolution's agrarian policy profoundly affected French rural society and the economy. Not only did some members of the rural community, mainly small-holding peasants, increase their land holdings, but certain sectors of agriculture were also transformed; these findings shed light on the growth in viticulture in the south of France before the monocultural revolution of the 1850s. The privatization of common land, alongside the abolition of feudalism and the transformation of judicial institutions, were key aspects of the Revolution in the countryside. This detailed study demonstrates that the legislative process was not a top-down procedure, but an interaction between a state and its citizens. It is an important contribution to the new social history of the French Revolution and will appeal to economic and social historians, as well as historical geographers.