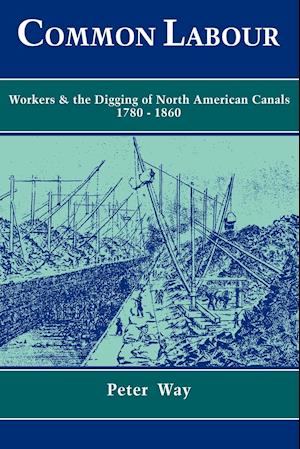 This study of canal construction workers between 1780 and 1860 challenges labour history's focus on skilled craftsmen and the model of working-class culture it generated. Canallers, part of the mass of unskilled labour thrown up by industrial capitalism, had an experience that differed in many ways from artisans. Once on the labour market, they were wholly alienated, more fully exploited, worse off economically and socially fragmented. Their struggle as members of a class pivoted on material conditions not on skill and shop-floor control. Canal construction played a significant role in the rise of industrial capitalism by opening new markets, providing an army of workers and initiating the state-capital ties so important in later years. Increasingly dominated by Irish immigrants the workforce lived in shanty towns at the work site or in nearby cities, the setting for much vice and violence. These were not the vibrant working-class communities of later labour history and the situation deteriorated in the late 1830s as labour surplus caused massive unemployment and depressed wages. The history of canal workers traces another strand of the labour story, one where the absence of skills bred powerlessness that made common labour's engagement with capital markedly unequal.